Andrew Holecek is an author and spiritual teacher who offers talks, online courses, and workshops in the United States and abroad. As a long-time student of Buddhism, he frequently presents this tradition from a contemporary perspective – blending the ancient wisdom of the East with modern knowledge from the West. Drawing on years of intensive study and practice, he teaches on the opportunities that exist in obstacles, helping people with hardship and pain, death and dying, and problems in meditation. Known as an expert on lucid dreaming and the Tibetan yogas of sleep and dream, he is an experienced guide for students drawn to these powerful nocturnal practices. 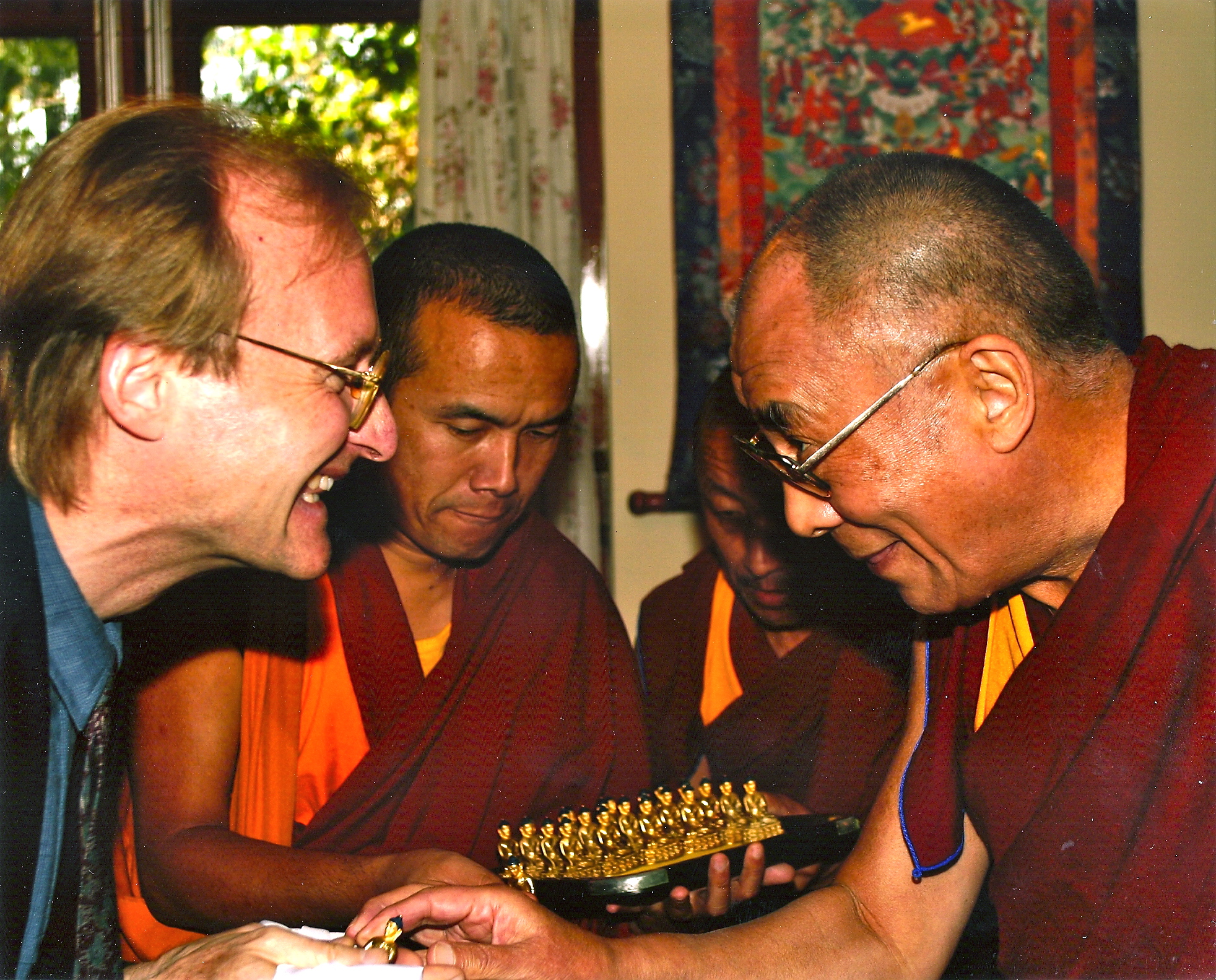 With the Dalai Lama in India

The son of a Lithuanian mother and a Czechoslovakian father, Andrew was born in Bogota, Colombia and raised as a Catholic. He grew up in Michigan, and graduated with a double degree in music and biology from Indiana University. An avid reader since childhood, Andrew immersed himself in his younger years with books on pop psychology and Eastern mysticism.

His first life-changing experience at age twenty, recounted in his book “The Power and The Pain,” was when he was introduced to meditation: “I had no idea such a state of consciousness was even possible, and I had to find a way to develop and stabilize this blissful state of mind.” In an effort to understand his breakthrough experience, for the next seven years he searched the world’s spiritual and religious traditions, and studied physics at the University of Colorado. “I didn’t know it at the time, but I was looking for reality. I thought physics described reality and that all my answers could be found there. But physics describes physical reality. It does not describe a more complete spiritual reality. I abandoned my study of physics and entered the darkest period of my life, feeling utterly lost and alone. I had no idea what to do or where to go with my life. Because my brother and mother where both dentists, I decided to join the family, so to speak, and finally do something practical. I felt that dentistry would be a good profession to bring some stability, and provide a way to help people.” In 1988 Andrew received his doctorate in dental surgery.

While at dental school, he continued to struggle with his deeper inner quest. In his late twenties, after pouring through hundreds of books on religion, psychology, spirituality, and philosophy, he came across the teachings of Buddhism and found his spiritual home. “I finally discovered a teaching that could explain my experience, and decided I must be a Buddhist. Although I consider myself such, I also believe that no one has a patent on truth, and maintain deep respect for any genuine spiritual or religious tradition. I simply realized that in order to harvest the fruits of any tradition, I had to commit to one.”

In 1987 Andrew began his study of Tibetan Buddhism, which eventually brought him to study it extensively in Nepal, India, Bhutan, and Tibet, receiving teachings from many of the greatest masters. It was during this time that he began working with local charitable organizations, providing free dental work to children in monasteries, orphanages, and schools. This was the seed work that led to the development of Global Dental Relief, a humanitarian organization he co-founded which provides dental work in developing countries around the world. (As of November 2016, GDR has provided care to over 100,000 children worldwide through a network of over 1800 volunteers – work that is valued at over $23 million.) 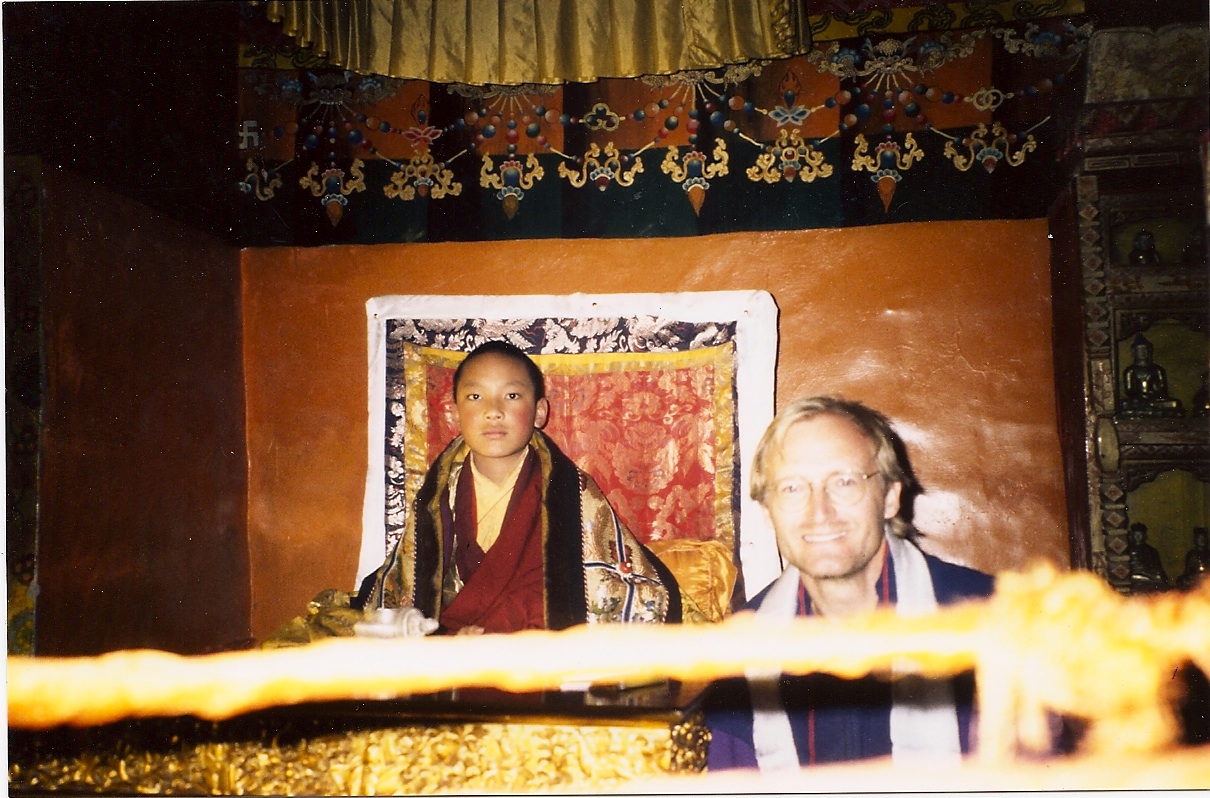 With the 17th Karmapa in Tibet

“Three-year retreat should be taken as an ignition of your spiritual life.” –Dzongsar Khyentse Rinpoche.

After years of Buddhist study, Andrew decided to directly explore the ultimate source of Buddhism – the nature of mind itself. In October of 1998, Andrew took up residence at the Sopa Choling retreat center in Nova Scotia, Canada, and committed to the traditional three-year meditation retreat.

It was the most transformative experience of his life. During the last year of the retreat, the idea of his first book came to him. He came to understand, first hand, the hardships that often accompany spiritual growth, and wanted to help others struggling on their own paths.

“The Power and the Pain: Transforming Spiritual Hardship into Joy,” was the fruition of his resolve to help others with similar difficulties. The inspiration for his next book, “Preparing to Die: Practical Advice and Spiritual Wisdom From the Tibetan Buddhist Tradition,” came out of his recognition that many people are not ready for the challenges of old age, sickness, and death. Interest in the book, and the topic of death and dying altogether, led Andrew to teach a series of workshops that continue to be among his most popular programs.

In 2014, the topic of mindfulness meditation was flowering. Wanting to offer a practical and user-friendly handbook for how to meditate, Andrew wrote “Meditation in the IGeneration: How to Meditate in a World of Speed and Stress.” Andrew believes that meditation provides the foundation to all of the other spiritual practices he offers, and has the potential to benefit millions in this post-modern world. 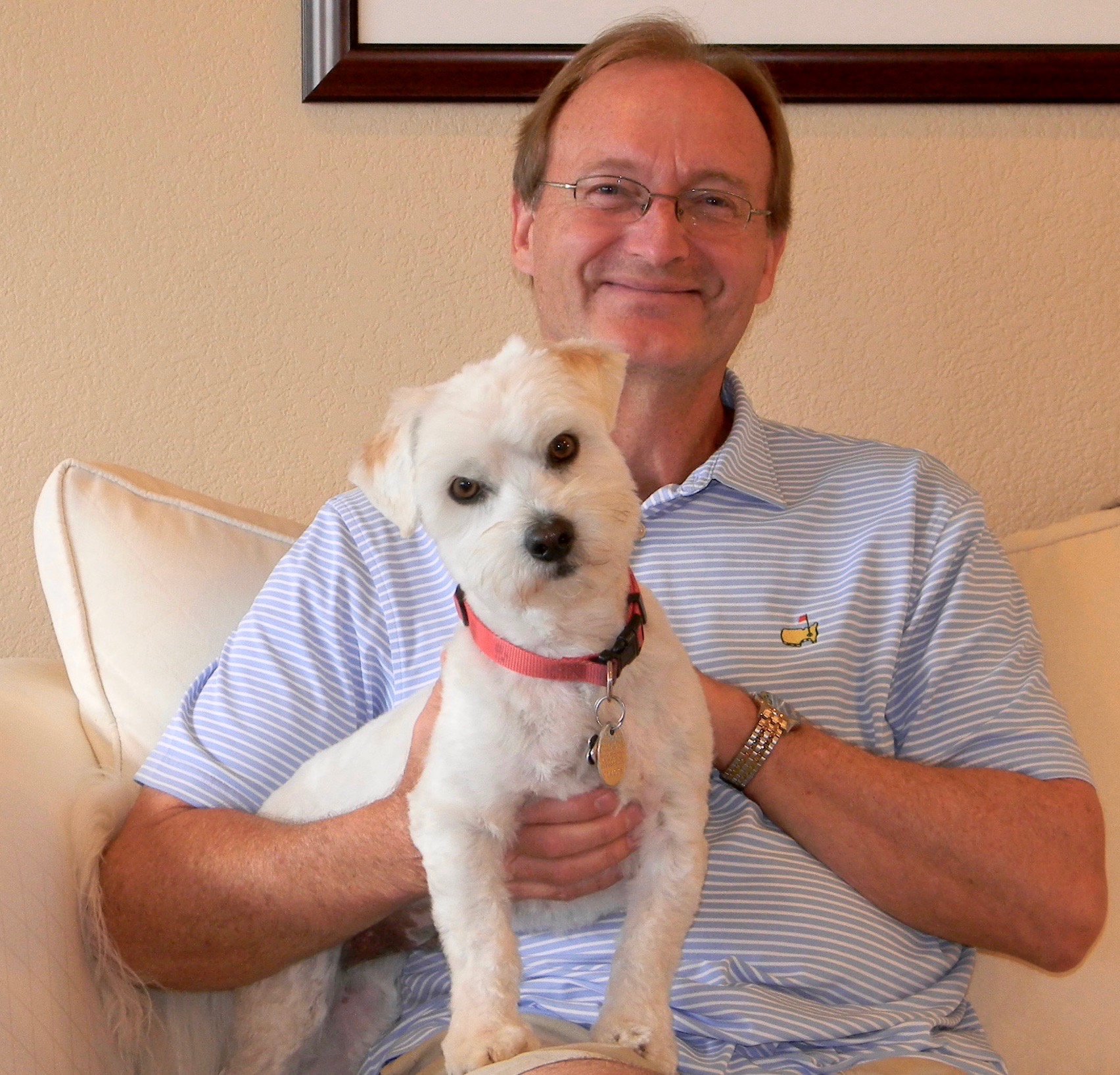 Andrew and Tashi at home.

As Andrew continued his own practice and study, he came to understand the immense usefulness of practicing even while you sleep. An elite lucid dreamer for decades, and a student of the science behind dreaming, Andrew wrote his next book, “Dream Yoga: Illuminating Your Life Through Lucid Dreaming and the Tibetan Yogas of Sleep,” as a way to bring even sleeping and dreaming onto the path. Most people have no idea of the opportunities that await them every night. Given the proper tools that his latest book provides, people can now use up to an additional third of their lives for psychological and spiritual development.

The aspiration behind Andrew’s writing and teaching is to help others: to help them by understanding the difficulties inherent on the spiritual path; to help by transforming the obstacles at the end of life into opportunities; to help by introducing people to the power of meditation; and to help by realizing you can use the night to transform the day. 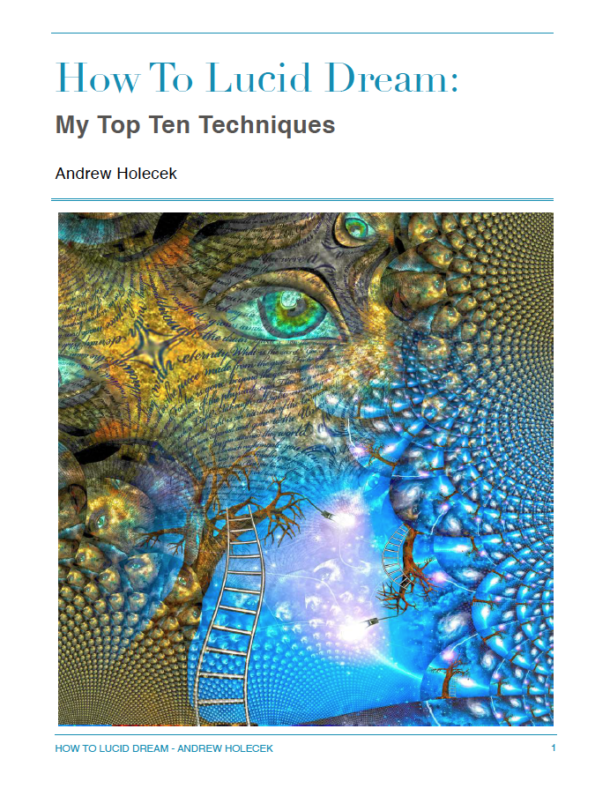 How to
Lucid Dream:
My Top 10 Techniques

A free pdf download. With the proper techniques, anyone can lucid dream. Find out how.

Thank You! Check your email inbox to confirm your address and obtain the download.