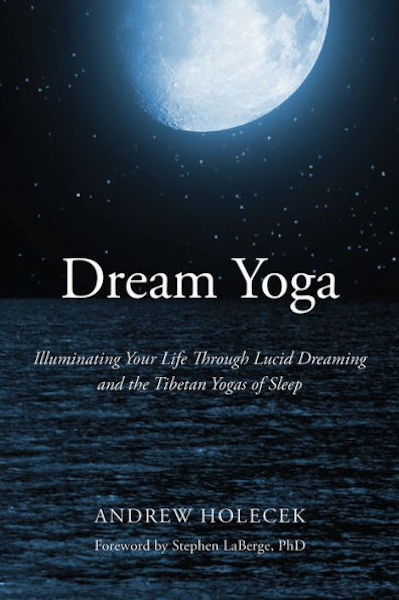 This is the most comprehensive book yet on the nocturnal meditations. Joining science and spirituality, East and West, in a full-spectrum exploration of the night, it explains how lucid dreaming develops into dream yoga, which can evolve into sleep yoga, which further develops into bardo yoga. Diving deep into the Buddhist nighttime practices, this dream yoga book will show you how to have lucid dreams and what to do with them.

It’s for anyone interested in the thrill of waking up in their dreams, and having the time of their life in the privacy of their own mind. It’s for anyone wanting to make better use of the twenty-four hours of each day, and for those wondering what happens when they sleep and dream. It’s for intrepid pioneers interested in exploring the frontiers of consciousness, and the nature of mind and reality.

This may seem ambitious. But remember that if you live to be ninety years old, you’ve spent thirty of those years sleeping, and entered the dream world around half a million times. That’s a lot of time in a state of consciousness you know very little about. Don’t you want to change that? Think about how much you could learn in “night school” if you had even a few of those thirty extra years.