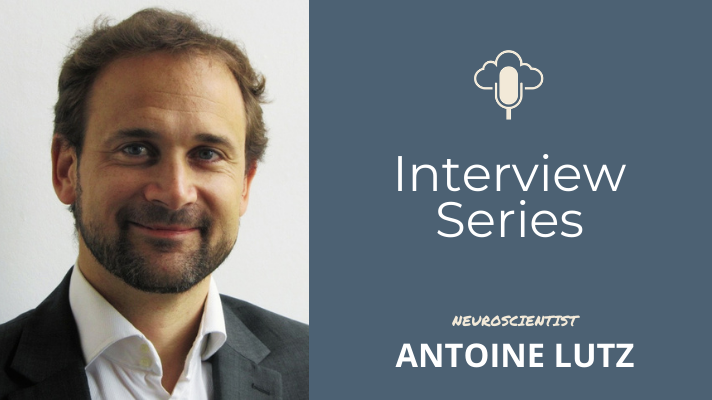 Antoine Lutz, neuroscientist, takes us on a wide-ranging tour of mind and reality.

Join neuroscientist Antoine Lutz, who belongs to the rare breed of “contemplative scientist,” in a wide-ranging tour of mind and reality. The conversation begins with a look at neurophenomenology, a term coined by the groundbreaking scientist Francisco Varela, that underlies much of the scientific exploration of meditation. How can we honor first-person (phenomenology) and third-person (neuroscience) perspectives without reducing one to the other. Antoine Lutz discusses his extensive research around pain, and the importance of functional de-coupling and deautomatization. We’re essentially automatons, running on automatic ignorance, where everything we experience is automatically referenced to self, a contraction/referencing that creates all our suffering. This unconscious process also generates the sense of duality altogether, which could be studied in the lab. Are there neurological signatures for the experience of nonduality – and why does that matter? What is the promise and peril of scientifically studying meditators? Why should a meditator care about any of this? Using science, philosophy, psychology and the wisdom traditions, this conversation ranges from the theoretical to the personal, from the abstract (intersubjective realism) to the practical (how to work with pain). Discover why Dr. Antoine Lutz is one of the pioneering researchers exploring the meditative mind, and how this work can benefit the world.

Dr. Antoine Lutz is currently a director of research at the French Medical Research Institute (INSERM) in the Lyon Neuroscience Research Center (CNRL) wherehe co-leads the Experiential Neuroscience and Mental Training Team (EDUWELL). After a Master degree in engineering and a BA in philosophy at the Sorbonne under the direction of Natalie Depraz, Antoine Lutz did his PhD in cognitive neurosciences in Paris, France, with Francisco Varela where he applied for the first time his neurophenomenology program to study the neural correlates of attention and perception. Since 1998, Dr. Antoine Lutz has studied meditation with various teachers including Mingyur Rinpoche, Tsoknyi Rinpoche, Matthieu Ricard and Joseph Goldstein.

During his postdoctoral work with Richard Davidson, at the University of Madison-Wisconsin, Antoine Lutz studied using neuroimaging techniques meditation practices such as mindfulness or compassion meditations in expert meditators and in novices who learnt to meditate using the Mindfulness-Based Stress Reduction program (MBSR). In 2008, Richard Davidson and Dr. Antoine Lutz were awarded a NIH-NCCAM grant to fund in Madison the first American Center of Excellence on Research dedicated to neurophysiological study of meditation practices. After working for ten years in the US as a research scientist, Antoine Lutz joined the Lyon Neuroscience Research Center in France in January 2013. His current research group focuses on the neurophenomenology of mindfulness and compassion meditations and on the impact of these practices on consciousness, attention and emotion regulations, and pain perception as measured by cognitive, affective and social neuroimaging paradigms using EEG, MEG, intra-cortical EEG, and fMRI. This research is currently funded by a European ERC consolidator grant (Brain&Mindfulness, 2014-2021).