Just When You Think You’re Enlightened

Andrew In the News 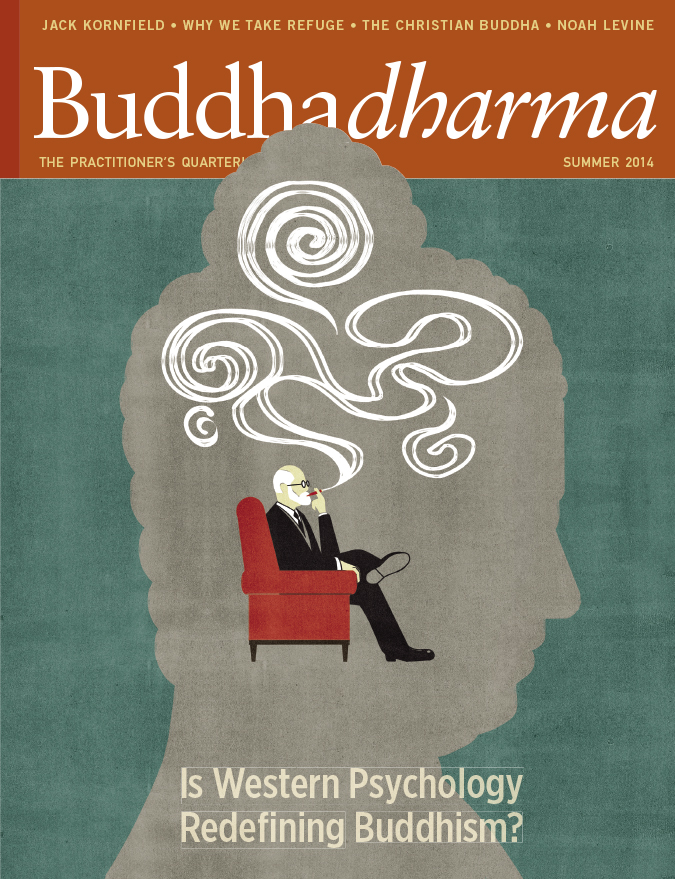 Andrew is a featured guest contributor in Buddhadharma Magazine.

In this article, “Just When You Think You’re Enlightened” Andrew writes that temporary experiences such as flashes of bliss or clarity can be encouraging moments in your practice, but only if you know how to handle them. If you don’t, beware. They can be traps.

Sooner or later it’s going to happen— it might be the very first time you meditate or only after years of dedicated practice, but someday you’re going to have a spiritual experience. These experiences come in many forms, ranging from simple tranquility to radiant ecstasy. In their fullest expression, they are spiritual earthquakes that can transform your life. The Tibetan sage Marpa shared one such experience: I was overwhelmed with joy. The hairs on my body stood on end, and I was moved to tears… My body was intoxicated with undefiled bliss.

There dawned an experience beyond words. —from The Rain of Wisdom, translated by the Nalanda Translation Committee At more modest levels, they can manifest as the total cessation of thought, an out-of-body experience, or sensations of bliss and clarity. You might have an experience of profound meditation, or of union with the entire cosmos, and say to yourself, “This is it! This is what I’ve been waiting for.” Like the endorphins released in a runner’s high, these experiences are the meditator’s high. And they are addicting.

These events are a time for celebration—and a time for concern. They’re cause for celebration because they can be genuine markers of progress. You’re getting a glimpse into the nature of mind and reality; you’re starting to see things the way they truly are. You’re waking up. But such experiences are also cause for concern precisely because they feel so good. Surprising as it may sound, the spiritual path is not about making you feel good. It’s about making you feel real. Spiritual experiences can be the sweetest honey covering the sharpest hooks. Because they can be so transformative and blissful, it’s almost impossible not to grasp after them. You want more. That’s the hook. And anytime grasping is involved, even if it’s for a spiritual experience, you’re back in samsara, hooked into the conditioned world of endless dissatisfaction.

Spiritual experiences are by-products of meditation. The problem is that we think they’re the final product of meditation. Traleg Rinpoche said, “The main cause of misperceptions regarding meditation experience is that after the loss of the initial fervor, we may forget to focus on the essence of meditation and its purpose and instead place more and more emphasis on the underlying meditative experience itself.” Spiritual experiences are called nyam in Tibetan, which means “temporary experience,” and every meditator needs to be aware of them. Nyam is set in contrast to tokpa, which means “realization.” Nyam is like pleasant vapor. No matter how good it feels, it always evaporates. Tokpa is like a mountain. It stays. A nyam always has a beginning and an end. One day you soar into the most heavenly meditation, but eventually you drop back to Earth. There are no dropouts with authentic realization. Tsoknyi Rinpoche refers to nyams as “meditation moods” and says, “Nyam has thickness; tokpa is light and fine. The problem is we like thickness more; it’s more substantive and satisfying.” We like the substance of our moods.

Nyam and tokpa are themselves the last two phases of a three-phase process of complete assimilation or incorporation of dharma: understanding, experience, and realization. This shows us that experience is indeed a good thing, a necessary but intermediate phase in absorbing the dharma. We start with understanding, which is traditionally referred to as a patch because eventually it falls off. With study and practice, understanding develops into experience, which is like the weather—it always changes. With sustained practice, experience matures into realization, which like the sky never wavers. This is the three stage process of full embodiment; it is how we ingest, digest, and metabolize the dharma until it almost literally becomes us. If you relate to a nyam properly, it blossoms into realization. If you don’t, it rots and becomes the most subtle and serious of all spiritual traps. Tai Situ Rinpoche said that you can get stuck in a nyam for an entire lifetime.

More commonly, people waste precious years thinking that because they had a spiritual experience they’re enlightened, when in fact they’re merely shackled to a nyam. If you’re attached to your grand experience and start to identify with it, you have simply replaced a chain made of lead with one made of gold.

Dilgo Khyentse Rinpoche said: “Meditators who run after experiences, like a child running after a beautiful rainbow, will be misled. When you practice intensely, you may have flashes of clairvoyance and various signs of accomplishment, but all they do is foster expectations and pride—they are just devilish tricks and the source of obstacles.”

Attachment to anything, no matter how spectacular, is still attachment. I have a special interest in nyams because I, too, have been hooked. The first nyam to get me was the experience of non-thought. This caught me when I was introduced to Transcendental Meditation nearly forty years ago. As my TM instructor guided me into meditation, I slipped into profound meditative absorption. For the first time in my life, I felt fully awake without a single thought running through my mind. I had never thought such a blissful state was even possible.

At more modest levels, they can manifest as the total cessation of thought, an out-of-body experience, or sensations of bliss and clarity. You might have an experience of profound meditation, or of union with the entire cosmos, and say to yourself, “This is it! This is what I’ve been waiting for.” Like the endorphins released in a runner’s high, these experiences are the meditator’s high. And they are addicting.”