After Death States: The Bardos in Tibetan Buddhism

by Andrew Holecek | Death and Dying

What are the Bardos?

The central orienting view in the Tibetan tradition of “thanatology” (the study of death and dying) is that of the bardos.  This Tibetan word “Bardo” is translated as “gap, interval, intermediate state, transitional process, or in between” and usually refers to the gap between lives. According to the Tibetan teachings, there are three death bardos: the painful bardo of dying, the luminous bardo of dharmata, and the karmic bardo of becoming.

Not Everyone Goes Through the Bardos the Same Way

Only a few teachers assert that the journey is universal. Most teachers say that cultural differences and personal idiosyncrasies generate a variety of experiences. Why would a Christian or Muslim, with very different beliefs, experience death the same way as a Buddhist? Carl Becker writes: “ . . . the heavens, judgments, and ghostly scenarios described by other religious traditions have equal claims to validity; the afterlife is culturally relative insofar as its imagery is projected by the perceiver, and the perceiver has been conditioned by the culture in which he was educated.”

While the Tibetans have breathtaking resources that easily translate from their tradition into our own, modern Tibetan masters admit to instances of cultural insularity and peculiarity. The issue of universal truth vs. cultural vicissitude is present anytime teachings migrate from an ancient and foreign culture into a modern one. This is something each reader has to wrestle with as they plunge into the bardo literature.

With that said, below is a brief overview of the three after death bardos.

The religious scholar Huston Smith says, “Everything we experience in the Bardos is a reflection of our own mental machinations.”In the Buddhist view, the essence of mind is the same for all sentient beings. But the surface structures that cover that essence are different. Hence the journey through the surface structures (bardo of dying), into the essence of mind (bardo of dharmata), and then out of it (bardo of becoming), is not the same. But the general pattern of this three-stage process is universal.

Any meditation that allows you to become familiar with your mind will prepare you for death. In the bardos we’re “forced” to relate to our mind simply because there’s nothing else. Outer world is gone, body is gone, so mind becomes reality. Through insight meditation we discover that whatever arises in the bardos is just the display of our mind. That recognition sets us free.

So by exploring the depths of our mind in meditation, we are preparing for what happens after death.  In many ways, the spiritual path is just death in slow motion.  We can summarize it thus: if you die before you die, then when you die you will not die. If you spiritually die, or transcend your false sense of self before you are “forced” to do so at death, then when you physically die at the end of this life you will not die, because you are already “dead.”  You have already died to your limited sense of self.

The Painful Bardo of Dying 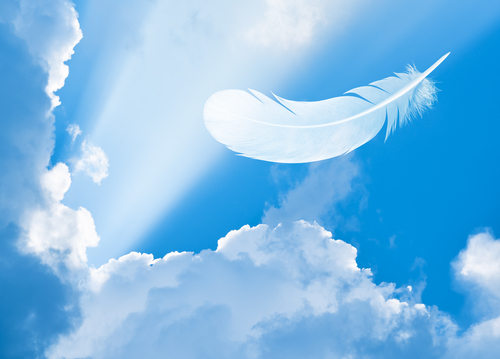 The painful bardo of dying begins as one gets a terminal disease and ends with death.  This bardo begins with the outer dissolution, which is the five stages of the death of the body. This is followed by the inner dissolution, which is the three stages of the death of consciousness. Each stage is accompanied with signs that can help the dying person and those around them. The signs help us recognize where we are, and where we are going. When someone stops eating, for example, that can be a sign that the fire element is dissolving and death is imminent. The fire element is involved in digestion, the “burning up” of food. If a seriously ill loved one stops eating, it’s time to go see them if we want to be there before they die.

Not everyone will experience all eight stages clearly, or in the following order. Thinking that death will unfold in such a systematic and predictable fashion can hinder our experience instead of enhancing it. These stages are orienting generalizations, not immutable and definitive steps. Also,with a sudden death, this first bardo of dying comes and goes in a flash.

This bardo is painful because it hurts to let go. We’re forced to let go of everything we have, and everything we think we are. One of the reasons it’s difficult to leave this world is because we’re so familiar with it. It’s all we know. Even though it’s samsara, we feel snug and secure in its ways, and these ways are hard to abandon. Conversely, one of the reasons it’s difficult to enter the next world is because it’s so unfamiliar. We don’t know it at all. Even though it presents great opportunities for enlightenment, we’re afraid to step into the unknown. So too much familiarity with this world, and not enough with the next, is what makes this transition difficult.

Releasing our grip is what transforms the painful bardo of dying into simply the bardo of dying. The Sixteenth Karmapa, who was said to be an enlightened being, said that “nothing happens” at death. (The Karmapa is the head of the Karma Kagyu, the  one of the four major schools of Tibetan Buddhism.) This was a cryptic statement, left open for interpretation. One view would be that for someone who has completely let go during life, nothing happens at death because there’s nothing left to release. Bardos only exist in samsara, which is defined by grasping and attachment. It is said in the teachings that for someone like the Karmapa, there is no bardo. 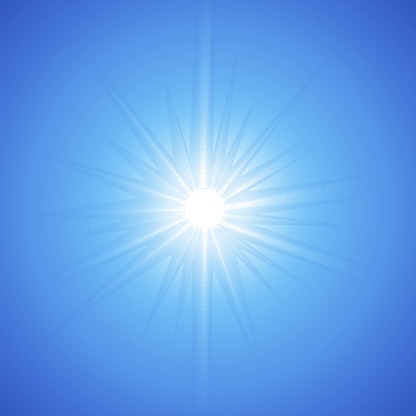 The Luminous Bardo of Dharmata

According to these teachings, if we are highly accomplished meditators, in the bardo of dharmata we will see and realize the intrinsic awareness, the true enlightened nature of our own mind, as it is. If we can realize and maintain it, we will attain Buddhahood.

For most people, this no-thingness (emptiness), even though it is revealed, is actually not experienced. Unless you have some familiarity with emptiness before you die, it is “experienced” as no experience, ie., you black out. If you’re unfamiliar with the subtle states of mind revealed in this bardo, it will flash by in an instant, or be completely missed. Although all of us will see this intrinsic awareness during death, the true nature of our mind, the experience of it is so brief that most of us will not even notice it, let alone maintain it.

The Bardo of Becoming

After missing that profound opportunity for awakening in the bardo of dharmata, we will find ourselves in the last of the three bardo states, the bardo of becoming. The power of thought and habit becomes the overwhelming issue in this bardo. Thought becomes reality—just like in a dream. But unlike a dream, we can’t wake up and take refuge in a solid body. 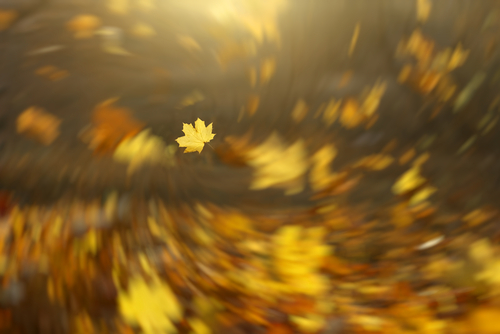 Since this bardo is ruled by the winds of karma, the experiences are particularly fickle. These “winds” are not literal winds, of course, but a metaphor for how we are blown around by the power of karma. The mind of the being in the bardo of becoming has a very hard time coming to rest at all. Therefore, the most important preparation for this state is to develop stability of mind through the practice of shamatha. To the degree that you can control your mind now, you will be able to control it in the bardo, and to the same degree you will be better able to withstand the onslaught of your own thoughts.

The winds of karma pick up strength the further we go, recognition becomes increasingly difficult because of a developing panic, and unless you know what’s going on and can direct these winds into a fortunate realm of existence, you will be tossed uncontrollably into your next life.

The bardo of becoming is a cosmic Pandora’s box. The urge to escape from the contents of this box, the bardo itself, is nothing more than the urge to run away from the contents of our own mind (our karma). This is what forces us to take refuge in a new solid body. We want to get away from ourselves.  In this regard it is like a dream. We eventually do take refuge in a new form, and wake up into our next life.

“The basic preparation for this bardo consists of cultivating now, while you are still alive, the ability to rest your mind at will and, within that state of tranquil mind the ability to make choices mindfully. This needs to be cultivated during one’s life and if it is cultivated, it will be of great benefit during the bardo of becoming.” – Thrangu Rinpoche

How To Prepare for the Bardos

After you wake up in the bardo, steady your mind. This is difficult because we have a shifty mental body that darts around at the speed of thought. If we think of Paris, or New York, or our home we’re instantly there. With a measure of stability, we can apply our meditations and attain liberation. This is why meditation is such a powerful preparation for death. The momentum of practicing meditation will automatically kick in during the bardos, and take care of us. By practicing now we are using the power of karma, or habit, in a constructive way.

Other suggestions from the Tibetan teachings:

1) Perceive everything in the bardo as sacred, and realize it’s all the play of your mind.

Don’t grasp or struggle. Open to whatever arises, and become one with it. Relax into the innate purity and goodness of whatever you see.

2) Calm and stabilize your mind. Remember any form of spiritual support, be it a teacher, a divine presence, or a positive experience.

Keep your mind on this support without distraction. Rely on the confidence you have developed with your meditations. It is said that confidence actually becomes your body in the bardo, a body you have strengthened with the exercise of meditation. Remember that everything is exaggerated in the bardo. This means that hesitation, the opposite of confidence, can flap you around like a flag in the wind.

3) Don’t be angry or afraid. See everything as illusory, like a dream.

Avoid negative states of mind. Pray to whatever divine presence you have a connection with, and ask for blessings and guidance. Keep your mind open, positive, stable, and peaceful. Don’t be swayed by anything—hold your seat. Relate to everything with equanimity.

The bardos teach us that we really do have something to look forward to when we die.  There are more opportunities for spiritual awakening after death then during life – if we know what to do and when to do it.  We can transform the greatest obstacle to life (the end of it) into the greatest, once-in-a-lifetime, opportunity. Instead of fearing death, we can celebrate it.

“In light of death, our mundane desires are seen for what they are. If our desires for wealth, luxury, good food, praise, reputation, affection, and acceptance by other people and so forth are worth nothing in the face of death, then that is precisely their ultimate value.” – B. Alan Wallace

“Why, if we are as pragmatic as we claim, don’t we begin to ask ourselves seriously: Where does our real future lie? After all, very few of us live longer than a hundred years. And after that there stretches the whole of eternity, unaccounted for. . . .” – Sogyal Rinpoche

Excerpt From the book “Preparing to Die: Practical Advice and Spiritual Wisdom from a Tibetan Buddhist Tradition”