The Yoga of Sleep

The Yoga of Sleep 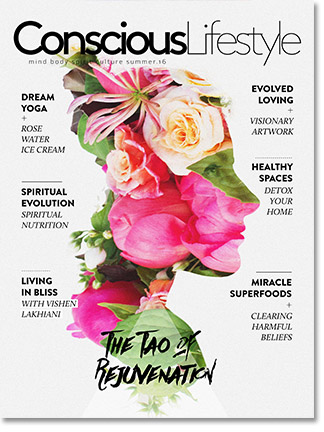 Andrew wrote an article, “The Yoga of Sleep: The Art and Science of Lucid Dreaming” in  Conscious Lifestyle Magazine.

We dream at night what we think of during the day. In dream yoga, we want to seed the thoughts to wake up within our dreams.

What Is a Lucid Dream? “Lucid dream” is a term hinted at by the scholar Marquis d’Hervey de Saint-Denys (1822–1892), but which was coined by the Dutch psychiatrist Frederik van Eeden (1860– 1932). In the West, lucid dream accounts go back as far as Aristotle, with the first Western lucid dream report written in 415 CE by Saint Augustine. A lucid dream is when you wake up to the fact that you’re dreaming, but you still remain in the dream—that is, you’re dreaming and you know it. The validity of lucid dreaming was scientifically proven in 1975 by the psychologist Keith Hearne at Hull University and then independently by Stephen LaBerge in l977 at Stanford. LaBerge is arguably the father of modern lucid dreaming, and his books Lucid Dreaming: The Power of Being Awake and Aware in Your Dreams (1985) and Exploring the World of Lucid Dreaming (1990, coauthored with Howard Rheingold) are classics. Prior to these pioneering studies, the idea of “lucid dreaming” was mostly dismissed by the scientific community. How can you be awake and dreaming at the same time?

LaBerge and Hearne proved that you can, and lucid dreaming gained a foothold in the West. In that magical instant of awakening within the dream, everything changes. What just a moment ago had total control over you now comes under your control. Instead of being blown around helplessly by the dictates of the dream, you now dictate the dream. You can do whatever you want, and no one can see you. You can fly, have sex with a movie star, or rob Fort Knox. Dreams are truth-tellers. They reveal our deepest unconscious tendencies, as any psychologist or dream interpreter can attest. This same maxim applies to working with dreams on a spiritual level. The moniker for dream yoga in the classic texts is “the measure of the path.” Dream yoga will show you a great deal about who you are, and where you stand on the path. Try this brief contemplation, and be ruthlessly honest: What would you do if you could become invisible? What might that reveal? Would you act selflessly or selfishly? Plato addressed this issue in The Republic, where he talks about the “Myth of the Ring of Gyges.” In this myth, the shepherd Gyges discovers a magical ring that gives him the power of invisibility. Plato uses this myth to talk about morality—what would you do if you were invisible and nobody could hold you accountable for your actions? Would you work to benefit others (which, in Buddhist terms, would reveal an evolved being with a purified mind), or would you fulfill your wildest fantasies (which would reveal a normal being with a defiled mind)? Gyges used his invisibility to fulfill his raw desires. Lucid dreaming gives you a chance to live the myth of Gyges, and to learn from it. Lucidity is not an “all-or-nothing” affair. There is a spectrum ranging from barely lucid to hyper-lucid, and from the shortest flashes of lucidity to lucid dreams lasting over an hour. For example, being barely lucid might involve acknowledging on some level that you’re having a dream, but not acting with full comprehension. You might still flee from perceived danger or treat dream characters as if they were real. Hyper-lucid dreaming would be full comprehension of the dreamlike nature of your experience in the dream, recognizing that even the sense of self in the dream is being dreamt. Hyper-lucidity could also refer to colors and forms in the dream that seem more vibrant and real than anything in waking experience. You can also be non-lucid in a dream, become lucid to it, then drop into non-lucidity again. The good news about lucid dreaming is that even though it may take practice to have such dreams regularly, it just takes one instant of recognition and you’re “in.” One flash of recognition transforms a non-lucid dream into a lucid one. I’ve been to many lucid dream seminars where people get discouraged by their inability to trigger lucidity, but then the next night it suddenly happens. That single instance is often enough to ignite a passion for lucid dreams. There’s nothing quite like a lucid dream, and when you have one, it’s irresistible to want more.

Read the entire article “The Yoga of Sleep” in pdf form…

Related Reading Lucid Dreaming vs. Dream Yoga: What is the Difference?