What Got Me Into Dream Yoga?

What Got Me Into Dream Yoga? 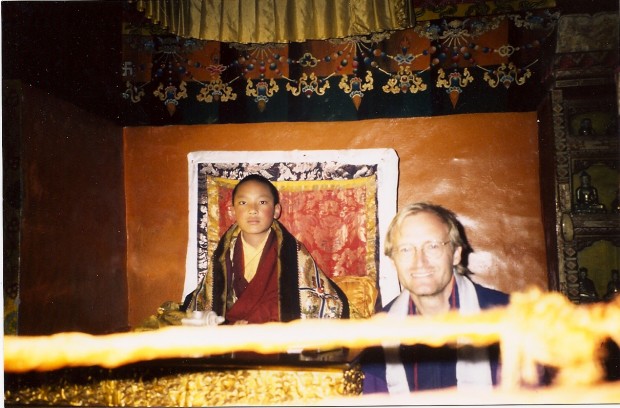 I’m often asked what got me into dream yoga? For me, the journey into these incredible nighttime practices started nearly forty years ago and I have been exploring them ever since. Some of the most remarkable experiences I’ve ever had occurred in my dreams. In my early twenties one such experience would change my life.

Harsh Realities of a Prison and a Hospital

I had just completed an exhausting five-year double-degree undergraduate program in music and biology, and I took a year off before going to graduate school. I spent the first half of this year working in a maximum-security federal prison. My job was to supervise inmate construction crews: motley gangs of killers, rapists, extortionists, and thieves. It was a gritty introduction to the shadow side of life. As I befriended these tough guys I saw that their crimes for the most part were just surface expressions; I came to see these men as people who were just like me but who had lost their way.

For the second half of that year I worked as a surgical orderly. My job was to prep patients for surgery, deliver them to the operating room, and later take them into the recovery room. It involved intimate care and led to stark discoveries about the harsh realities of illness and death. Because I was thinking about going to medical school, I became the teacher’s pet to a number of surgeons. They allowed me to watch countless operations and ask endless questions. It was a marvelous opportunity to learn about life and death. As a young man, I experienced these two jobs as a sobering introduction to the human condition.

During this year I was also becoming interested in the ideas associated with the burgeoning New Age movement. I had started a practice of Transcendental Meditation (TM) two years earlier and was getting involved with other spiritual practices. TM showed me that there were dimensions of reality deeper than my external world, a surface world that was slapping me in the face with these two job experiences. I was also reading a great deal, things like The Seth Material, Edgar Cayce, pop psychology, and quirky books about dreams. The juxtaposition of heavenly spiritual experiences and hellish introductions into psychological, social, and physical disease shook me to the core. How could I reconcile my blissful spiritual states with the gritty reality presented by the prison and the hospital?

About six months into this year I started having dreams that seemed to foreshadow something. These recurrent dreams, which increased in frequency, generated an ineffable sense of anticipation. I knew something was about to happen. One day, while deeply contemplating one of my New Age books, my mind suddenly broke open. In an instant I was flooded with insights and visions of an entirely new world. It was as if a huge spiritual hammer slammed down on top of my skull and split me apart. Words defy me even decades later. This new world was a kaleidoscope of electrifying perceptions, like having eyelids peeled back on eyes I never knew I had. I felt awake for the very first time, jolted from the slumber that had been my life. I remained in this ecstatic state for two weeks, convinced that this is what it meant  to be spiritually reborn, or mystically awakened.

Two aspects of the experience stood out, one related to the night and the other to the day, both of which were connected to dreams.

The first was that my dream life exploded. I had dozens of powerful dreams, many of which were lucid (which means I realized I was dreaming while still remaining in the dream), while others were prophetic. Many of these dreams were hyper-real, more intense and real than waking experience. I started a dream diary and within those two weeks had filled several notebooks. It was as if my deepest unconscious mind erupted and a volcano of dreams burst forth. Some of those dreams still guide my life today.

The second aspect was that my daytime experience became very dreamlike. My world had become fluid, illusory, and groundless. I saw everything as a transparent symbol. When I walked along the shore of Lake Michigan near my house, the waves were teaching me about the rising and falling of thoughts in my mind. When the sun broke through the clouds, it was a teaching about the awakened mind shining through the gaps between my thoughts. A rainbow was showing me the transient and ephemeral nature of things.

Everywhere I looked it was as if the world was sending me a message. I was treading a fine line between metanoia and paranoia (that is, deriving spiritual meaning from my world, versus imputing excessive meaning upon it). In addition to my burgeoning dream diary, I also filled several notebooks with insights delivered during the day. I was thrust into a dazzling and highly surreal experience. It’s impossible to convey the impact of these miraculous weeks, which remain the most transformative of my life.

Because my daytime experience was becoming more dreamlike, and my nighttime dreams were become more real (clear and stable), it got to the point where I had a hard time determining if I was awake or asleep. There were times when my dreams felt super-real and waking experience became the dream. These previously separate worlds were mixing together.

This was entertaining at first but became progressively disconcerting. An experience that started out so fresh became frightening. Where was my solid and secure world? I was losing my grip on reality. Instead of asking myself, “Is this enlightenment?” I began to panic and ask, “Is this madness?” My thrill in being spiritually awake was replaced with my fear of being insane.

I felt that if I went to a therapist I would probably be medicated, or even institutionalized. The contemplative psychiatrist R. D. Laing said,

“Attempts to wake before our time are often punished, especially by those who love us most. Because they, bless them, are asleep. They think anyone who wakes up, or who, still asleep realizes that what is taken to be real is a ‘dream’ is going crazy.”[1]

In a desperate attempt to reestablish some sense of ground, and therefore sanity, I shut the experience down. I jumped into my Volkswagen Beetle, drove to Colorado, and joined my buddies to drink and ski my way back to sanity.

Within a week of intense distraction my sense of a stable world began to rebuild. I don’t know if it was the beer, my rowdy friends, or spending so much time in nature, but I breathed a massive sigh of relief as that unworldly two-week experience faded and I regained my sense of reality.

Deep Study of Sleep and Dreams and Eventually to Buddhism

I returned to Michigan and resumed my job as a surgical orderly. But something had changed. The hangovers from my drinking binges couldn’t completely erase the hangover of my otherworldly experiences. Within a few months I felt stable enough to begin venturing back into what I had experienced. I knew that something profound, and profoundly disturbing, had happened. Even though I had successfully forced myself back to reality, I had glimpsed a new world and dreams were a big part of it. So began my exploration into the world of sleep and dream.

I started reading everything I could about dreams. I read Sigmund Freud, Carl Jung, and countless books from psychologists, scientists, mystics, and quacks.[2] They were helpful but also incomplete. I still couldn’t understand what happened. One day I started reading about Buddhism and was immediately struck that “buddha” literally means “the awakened one.” What does that mean? Awake as opposed to what? What did the Buddha awaken from, and what did he awaken to?

The more I studied Buddhism the more I understood what had happened to me. These teachings were the only thing I encountered that could explain my outrageous two-week ride. Inspired by the story of the Buddha, and the resonance of his teachings with my experience, I became committed to “waking up,” which makes me a Buddhist in the purest sense. For the past thirty years I have continued my study and practice of this gentle tradition. When I finally came upon the Buddhist teachings on dream yoga, which is when you strive to have lucid dreams with the goal of doing specific practices within them, I knew I had come home.

Even though I consider myself a Buddhist, I’m primarily interested in the pursuit of the truth, and discovering the nature of reality. This truth may include or transcend traditional or even New Age religion, as well as science and philosophy. I’m interested in personal evolution, and I don’t care what does it. So while the teachings in this book are based on the wisdom of the Buddhist tradition—and in particular, Tibetan Buddhism—they also come from psychology, science, and my own experience. No one has a patent on truth. Just as my experience joined day and night, this book will continue the theme of unity as I join the wisdom of the East with the knowledge of the West in an attempt to bring this wondrous world of the night into the crisp light of the day.

Suffice it to say that many of the most powerful experiences of my life continue to occur in my dreams. These dreams are often more vibrant than anything in waking reality, and they have frequently changed my life. I believe in the night.

Derived from content in my book “Dream Yoga: Illuminating Your Life Through Lucid Dreaming and the Tibetan Yogas of Sleep”

[2] While Freud and Jung spent a great deal of time with dreams, they spent very little with lucid dreaming. The first edition of Freud’s The Interpretation of Dreams (1899) has no overt reference to lucid dreaming, but the second edition does. Jung had little interest in the topic, as least as we are defining it. However, Jung did work with dreams in very creative ways. Jung said that he did not dream, but was dreamed. See Mary Ziemer, “Lucid Surrender and Jung’s Alchemical Coniunctio,”in Lucid Dreaming: New Perspectives on Consciousness in Sleep, vol. 1, edited by Ryan Hurd and Kelly Bulkeley (Santa Barbara, Calif.: Praeger, 2014), for a good summary of Jung’s relationship to lucidity in dreams.