People often ask me if there is a best time for lucid dreaming. There is, and it is in the morning hours. To most effectively learn lucid dreaming, it is important to understand and take advantage of our sleep cycles. There are times when it’s best not to disturb sleep, and other times when we can make use of a sleep cycle to trigger lucid dreams.

There are two main kinds of sleep, non-REM, or quiet sleep, and REM, or paradoxical sleep. REM sleep is called paradoxical sleep because while the brain becomes more active during this stage, muscles become more relaxed. Non-REM sleep is associated with restoration, deep relaxation, and an idling brain. REM sleep is our focus in lucid dreaming and dream yoga. REM sleep, which accounts for 25% of sleep, is associated with rapid eye movement (REM), muscle twitches, sleep paralysis, an active brain, and dreaming.

We go through five stages when we sleep. Each stage is associated with a brain wave frequency, which is correlated with brain activity. We tend to view sleep as a simple matter of “turning off,” but sleep is actually a very active state. Our brain activity is more varied during the night than it is during the day.

There are four principal brain wave states, Beta, Alpha, Theta, and Delta, as determined by an EEG, or electroencephalogram.[1] Waking consciousness is associated with Beta and Alpha, and sleep with Theta and Delta. Beta waves are 13-40 cycles per second (or hertz, ‘hz’), and associated with states of concentration and stress. Alpha waves are 8-13 hz, and associated with more relaxed waking states. When we go to sleep the brain downshifts from waking Beta and Alpha down to Theta (4-8 hz), and eventually to “neutral,” or the deep sleep of Delta (0-4 hz).[2]

As brain waves settle from Beta into Alpha, we enter a pre-sleep stage called the hypnagogic phase, which is a kind of gap (bardo) between waking and sleeping (from the roots hypnos “god of sleep” and agogia “leading to” – a lovely image). During this stage it’s common to have feelings of falling, or hearing someone call your name, experiences called hypnagogic hallucinations. The boundaries between inside and outside, self and other, blur. Hypnagogic phenomena are interesting for meditators, especially during long meditation sessions, as one dips in and out of sleep on the cushion, and therefore in and out of hypnagogic states.  Another common event during this stage is called the myoclonic (or hypnic) jerk, which is when you suddenly jerk yourself awake for no obvious reason.[3]

Stage 2: Slightly deeper and characterized by a decrease in breathing, heart rate, and body temperature.

The brain is still mostly in Theta, but interspersed with two wave features that are the defining characteristics of stage 2 sleep. Sleep spindles are a sudden increase in wave frequency, and K complexes are a sudden increase in wave amplitude. This stage lasts about 20 minutes, but as with any stage the time is never fixed. We spend about 45-55% of sleep here.[4] Stages 1 and 2 are considered light stages of sleep.

Stage 3: The beginning of deep sleep, when brain waves drop into the slower Delta range.

It’s a transitional stage between light sleep and the deep sleep of stage 4. There is no crisp distinction between stages 3 and 4 except that stage 3 is when less than 50% of brain waves are delta, and stage 4 is when more than 50% of waves are delta. We spend about 6% of sleep at stage 3. In 2007 the American Academy of Sleep Medicine decided to group stage 3 and stage 4 together, making four stages instead of five.

Stage 4:  Our deepest sleep and lasts about 30 minutes.

It’s characterized by profound muscle relaxation and rhythmic breathing. This is where we’re fully off-line. Stage 4 is restorative sleep, when the body releases human growth hormone, undergoes cellular and biological repair, and gets the rest we need. We spend about 12-15% of sleep at stage 4. Stages 3 and 4 are when it’s the most difficult to wake someone up. If someone wakes up from this state they’re usually groggy and disoriented. Bed-wetting and sleep-walking tend to occur at the end of stage 4.[5]

Stage 5: We come back up to REM sleep.

After resting in deep dreamless sleep for about thirty minutes we briefly come back up to stage 2, but instead of coming all the way back up to stage 1 we enter a new stage, REM sleep. In other words, stage 1 is replaced with REM sleep (after REM you go back down through the stages again).

This is when we dream the most. Brain waves come back up from Delta to Alpha, which means your brain returns to daytime frequencies. Heart rate and respiration quicken, and voluntary muscles are paralyzed. There is actually more oxygen consumed during REM sleep than when awake, unless you’re doing something aerobic. People often worry that lucid dreaming and dream yoga could make them less rested. Since most of our restorative sleep occurs in delta wave sleep, and dreams mostly occur during REM sleep when the brain isn’t resting anyway, this worry is unfounded.

We go through these five stages four to five times each night, in about 90 minute cycles.After each REM period there are brief moments of awakening, up to fifteen times a night, when we toss and turn. This creates an opportunity to bring awareness to our dreams before cycling back into stage 2 sleep.

The first half of the night is mostly non-REM, and the second half transitions into mostly REM.The first REM period is short, about five to ten minutes. This is why we rarely remember dreams from the early part of the night. If we have a non-REM dream, it tends to be less intense and emotional, often just a recollection of events from the day.

The Best Time for Lucid Dreaming are the Morning Hours.

As the night progresses, REM periods increase and non-REM periods decrease. Just before awakening we can be in REM sleep for 45 minutes to an hour, which is why we mostly remember our morning dreams. This is primetime dreamtime.

By understanding these cycles we can tune into the times for ramping up our efforts. Don’t waste your time trying to have lucid dreams in the early part of the night. Get your restorative sleep. Wait till REM sleep is at its peak. This is all we need to know about the science of sleep to launch us into the nighttime practices.

Excerpted from the book Dream Yoga: Illuminating Your Life Through Lucid Dreaming and the Tibetan Yogas of Sleep, by Andrew Holecek (Sounds True, 2016) 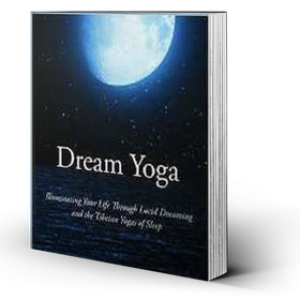 [1] With refined instruments comes refined measurements. Two new states have been added to these classic four. At the very low end, Epsilon 0 – .05 hz has been associated with intense meditative states. At the very high end, Gamma 30-100+ hz is associated with the coordination of signals across longer distances in the brain, and is connected to complex actions or associations that require the simultaneous use of multiple brain areas. Recent research is moving away from these five fixed stages as more sophisticated measurements of the sleeping brain are developed. With neuroimaging techniques (fMRI, PET scans), high-density EEG (many more electrodes), and spectral analysis (which measures the amplitude and phase of electrical activity over wider frequencies and time scales), new models are emerging.

[2] The same downshifting occurs in deep meditation, where respiration can decrease to just a few breaths per minute or cease altogether, and brain waves slow down from beta or alpha into theta and even delta (or epsilon) ranges.

[3] Also called “sleep starts,” which are often marked by sudden muscle contractions and a sense of stepping off into space or a feeling of falling. This sensation of falling is interesting from the point of view of the inner yogas, as will see, because falling asleep is when the bindus fall from the head chakra into the heart chakra. It’s also suggestive that contraction is associated with this stage, which could be a defensive response against falling into space. For a thorough look at the hypnagogic state, see Waking, Dreaming, Being; Self and Consciousness in Neuroscience, Meditation, and Philosophy, by Evan Thompson, Columbia University Press, New York, 2015, p. 107-138, Chapter Three. His references for the hypnagogic state are exhaustive.

[4] Why so much time at this stage? Recent studies suggest that fact based memories are temporarily stored in the hippocampus before being sent to the prefrontal cortex, which may have more storage space. Psychologist Matthew Walker at UC Berkeley who led one study says, “It’s as though the e-mail inbox in your hippocampus is full and, until you sleep and clear out those fact e-mails, you’re not going to receive any more mail. It’s just going to bounce until you sleep and move it into another folder. Sleep is sophisticated, it acts locally to give us what we need.”  See: http://newscenter.berkeley.edu/2010/02/22/naps_boost_learning_capacity/, accessed July 3, 2014.

[5] Narcoleptics enter REM directly, going from stage 1 to REM within seconds. In fatal familial insomnia, one never gets past stage 1. We don’t need to bog down in scientific details, but it’s helpful to realize that these cycles are not tidy progressive sequences.