Relating to Suicide from a Buddhist Perspective

by Andrew Holecek | Death and Dying

The difficult topic of suicide and the depression that often triggers it are complex issues. Biological, cultural, social, and psychological causes all conspire to spark these tragic events. How can we relate to suicide from a Buddhist perspective? Is there a way to help those inclined to take their own lives, which in the United States alone there are on average 121 suicides per day.

Suicide from a Buddhist Perspective

Some traditions, like the Pure Land schools, maintain that suicide is not a categorical disaster. Carl Becker in his book, “Breaking the Circle: Death and the Afterlife in Buddhism”  examines the ethics of suicide from this tradition:

There is nothing intrinsically wrong with taking one’s own life, if not done in hate, anger, or fear. Equanimity or preparedness of mind is the main issue. The important consideration here is not whether the body lives or dies, but whether the mind can remain at peace and in harmony with itself. . . . the early Buddhist texts include many cases of suicide that the Buddha himself accepted or condoned. . . .  suicide is never condemned per se; it is the state of mind which determines the rightness or wrongness of the suicide situation.

However, most Buddhist traditions assert that suicide is a negative act, and should be avoided. They remind us that we have a rare and precious human life, and that we should take full advantage of it to advance along the path. Matthieu Ricard, speaking on behalf of the Tibetan approach, offers this different view:

By committing suicide, you destroy the possibility you have, in this life, of realizing the potential for transformation that you have within you. You succumb to an intense attack of discouragement which, as we’ve seen, is a weakness, a form of laziness. By saying to yourself, ‘What’s the point in living?’ you deprive yourself of the inner transformation that would have been possible. To overcome an obstacle is to transform it into an aid to your progress. People who’ve overcome a major trial in their lives often draw from it a teaching and a powerful inspiration on the spiritual path. Suicide solves nothing at all, it only shifts the problem to another state of consciousness.

In an article entitled Buddhism and Suicide – the Case of Channa in the Journal of Buddhist Ethics, author Damien Keown writes:

A person who opts for death believing it to be a solution to suffering has fundamentally misunderstood the First Noble Truth. The First Noble Truth teaches that death is the problem, not the solution. . .  What is significant is that through the affirmation of death he has, in his heart, embraced Mara!

Most Buddhist traditions also remind us that suffering is the nature of samsara, and until we learn how to relate to it properly, thereby transforming it, we’ll never get out of samsara – even if we take our own lives. Buddhism maintains that pain is an unavoidable companion in life, but suffering doesn’t need to be. Suffering is an inappropriate relationship to pain, and the path is largely about learning how to relate to pain properly – and therefore end our suffering.

Two Fundamental Levels of Identity: The Relative and the Absolute

In terms of the view, one way to look at suicide from a Buddhist perspective, and help us relate to it more skillfully, is to understand that suicide comes from a wild case of mistaken identity. The relative level is the false level that comes from identifying with the contents of our mind – our thoughts and emotions. Until one enters a genuine spiritual path (where the idea of relative and absolute is first introduced), this is the only level of identity that exists. We are the sum of our thoughts and emotions. What else is there?

But according to many spiritual traditions, there is a truer level of identification, a more authentic and foundation level of being. This absolute level transcends our thoughts and emotions, and can be viewed as the vast open space within which all our thoughts and emotions arise. The absolute level is like the sky, infinite, utterly accommodating, and permanent. The relative level is like clouds that arise in that sky, limited, obscuring, and always temporary. If we have no sense of this vast inner space of our own heart and mind (the absolute), then we have no choice but to contract and identify with what arises in that space (the relative). Thus occurs a tragic and primordial identity theft that is the source of all our suffering.

Learn to Dis-identify with Our Thoughts

While spiritual pursuits and practices like meditation are not meant to address depression, there are aspects that may be helpful, in my experience. In many ways the spiritual path is about learning how to let go of the clouds, and coming to identify with the space. It’s about releasing our contraction, our grip on the thoughts and emotions that flow through our mind, and relaxing into the spacious awareness within which those thoughts and emotions arise. It’s about dis-identifying with who we are not (any thought or emotion) and coming to identify with who we truly are.

When dark and heavy clouds arise, it may seem like that’s all there is. We lose sight of the open space that contains those clouds. We fundamentally forget who we really are. We are not the clouds, we are forever the space. It’s only because of our vice-like grip on our thoughts and emotions, and the identity theft that ensues from that very contraction, that we may even resist this spiritual truth.

It may be simple to proclaim this truth, but not so easy to accept. It takes effort, the work of the spiritual path, to replace contraction with relaxation, clouds with space. But when understood, this view alone can often give people hope.

On a tragic and more literal level, it’s no coincidence that most adults who die by suicide with firearms almost always shoot themselves in the head.[i] I believe that most people who take their own lives are not really trying to kill themselves; they’re trying to kill their suffering.  Suffering is an inappropriate relationship to pain, a sad story line appended to unwanted sensations, and those miserable narratives are generated in the head. The bullet is really aimed at ending the life of the wretched narrative, not life itself. The intention is good but the target is off. Meditation, and other weapons of wisdom, put the real target in focus, and can literally save lives. In Christianity, suicide is a mortal sin, and the Greek word for “sin” is hamartia, which means “to miss the mark” or “bad shot.” Shoot through the narrative that is generated in the head, not the head itself. Put an end the inappropriate relationship.

This is not to say that therapy, anti-depressants, or any other relative method for working with depression don’t have a place. It’s too facile to drop all these effective relative means and rush for refuge into the absolute. If you or anyone you know is depressed and having thoughts of suicide, there are immediately available online resources that you should call. The American Foundation for Suicide Prevention has some excellent information and resources.

In my opinion, the approach should be integrated, using the relative biological, social, and cultural methods available, but conjoined with this more absolute view. Because suicide and depression are multifactorial issues, they require multifactorial methods. Proclaiming that one method alone (what sociologists call “single action bias” – that one remedy can manage a complex issue) is enough to deal with suicide and depression is naïve and potentially harmful. In relating to suicide from a Buddhist perspective on is encouraged to honor the relative, but include the absolute.

[i] Social scientists say it’s not helpful to use the phrase “commit suicide” because it’s like committing a sin, or committing a crime. Words matter. 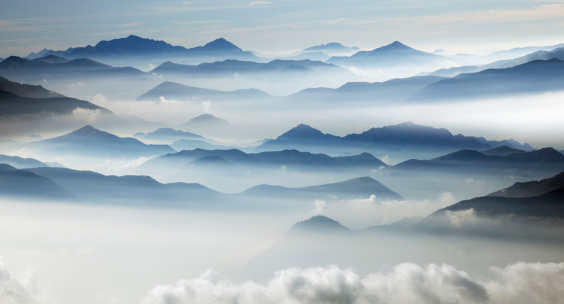 In a conversation with the Venerable Thrangu Rinpoche, I had the opportunity to discuss death and dying. In the Tibetan tradition, the teachings on this topic are vast, so I asked Rinpoche what should be emphasized in presenting this material to the West. His... 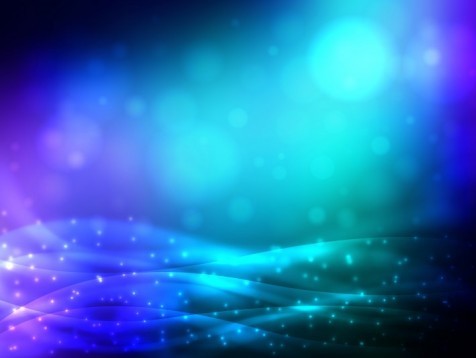 After Death States: The Bardos in Tibetan Buddhism

The central orienting view in the Tibetan tradition of “thanatology” (the study of death and dying) is that of the bardos.  This Tibetan word “Bardo” is translated as “gap, interval, intermediate state, transitional process, or in between” and usually refers to the gap between lives. According to the Tibetan teachings, there are three death bardos: the painful bardo of dying, the luminous bardo of dharmata, and the karmic bardo of becoming. 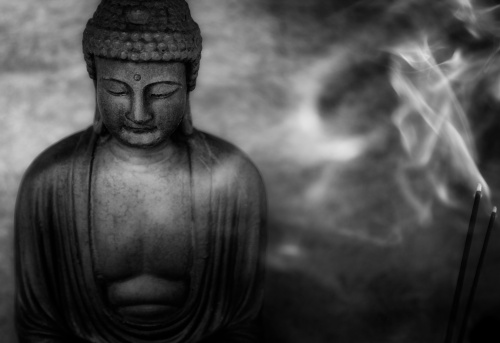 What Is the Best Way to Prepare for Death?

Advice from 8 Buddhist Masters In the process of writing my book, “Preparing to Die: Practical Advice and Spiritual Wisdom from a Tibetan Buddhist Tradition”I had the great opportunity to interview a number of Buddhist meditation masters. One of the questions I asked...